Beginning of the end for Canada’s housing market downturn?

Canada’s housing market may be entering the latter stages of its cyclical downturn. The pace of decline is now slowing—there was even a tiny monthly increase in home resales nationwide in October—marking a notable shift from the deep fall in activity that took place over the spring and summer. Property values are still clearly coming down at this stage but last month’s drop was the smallest since May. While we continue to think an inflection point is some ways off, it does suggest most of the price correction is likely behind us—at least for Canada as a whole. Our view is that rising interest rates and the loss of affordability will keep market activity quiet into early-2023 and prices will bottom around spring.

The fall in home prices has yet to be broken. The aggregate MLS Home Price Index for Canada slipped for an eighth straight month in October (down 1.2% from September). It slipped below its year-ago level (-0.8%) for the first time in three years and it’s now down 10% since the February peak.

While the erosion of property values is widespread across the country, the magnitude varies considerably. Properties in Ontario and British Columbia have seen the larger losses (after seeing some of the larger gains earlier in the pandemic). Cambridge (-22%), London (-18%), Brantford (-18%), Kitchener-Waterloo (-17%), Kawartha Lakes (-17%) and Hamilton-Burlington (-17%) have recorded the steepest MLS HPI drop since their cyclical peak earlier this year in Ontario. Chilliwack (-18%) and the Fraser Valley (-12%) have led the decline in British Columbia. 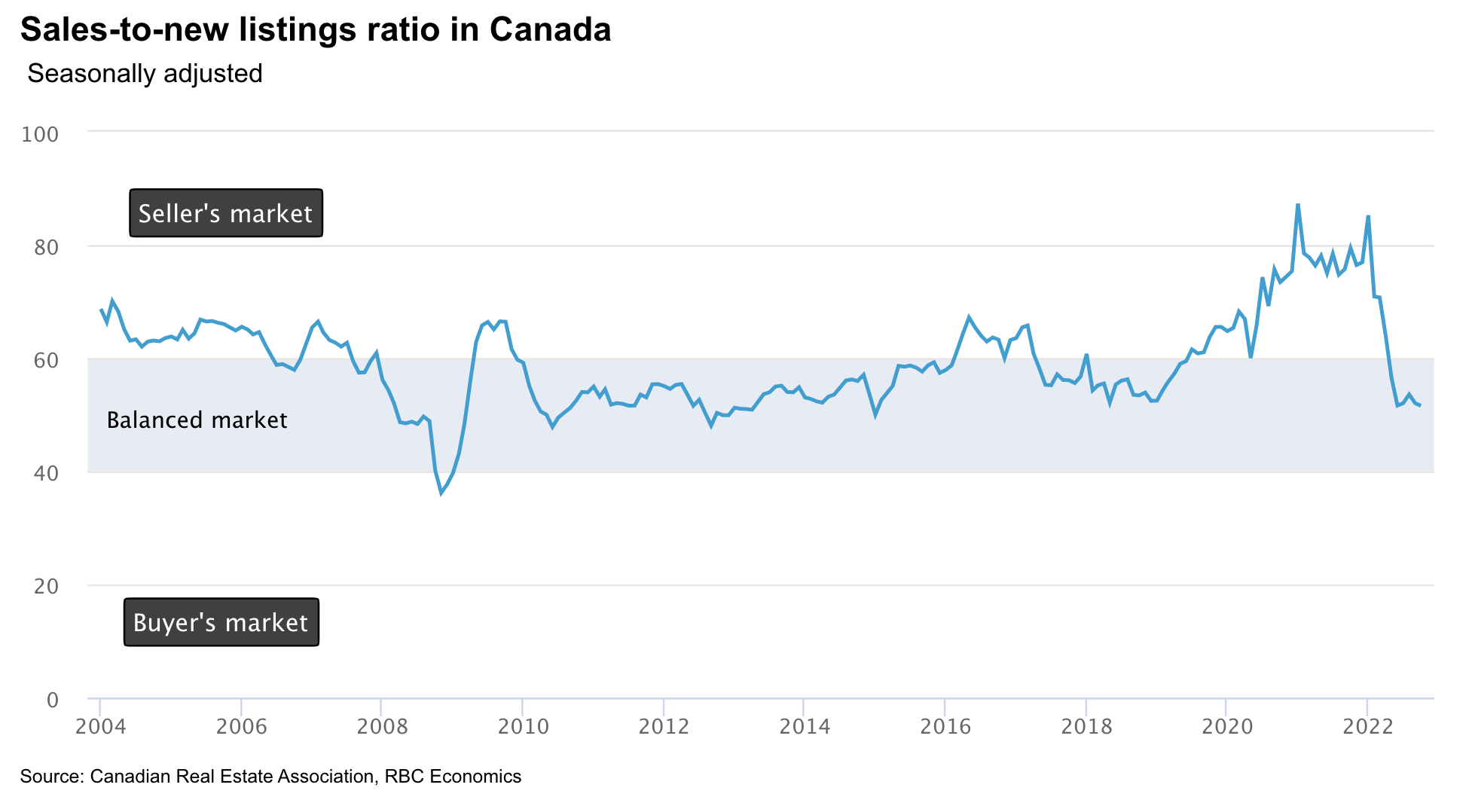 The correction shaved another 1.5% off the Toronto-area MLS HPI last month. It’s now down more than 11% since the February peak (on a seasonally-adjusted basis). The downturn has so far been comparatively less severe in Vancouver. Its MLS HPI has fallen 5.3% since cresting in March. And the monthly rate of decline moderated significantly in October to just -0.9%. We doubt this will mark a turning point. We expect extremely poor affordability conditions will maintain intense downward pressure on property values in the area. The same goes for Toronto where we see prices continuing to fall in the near term. 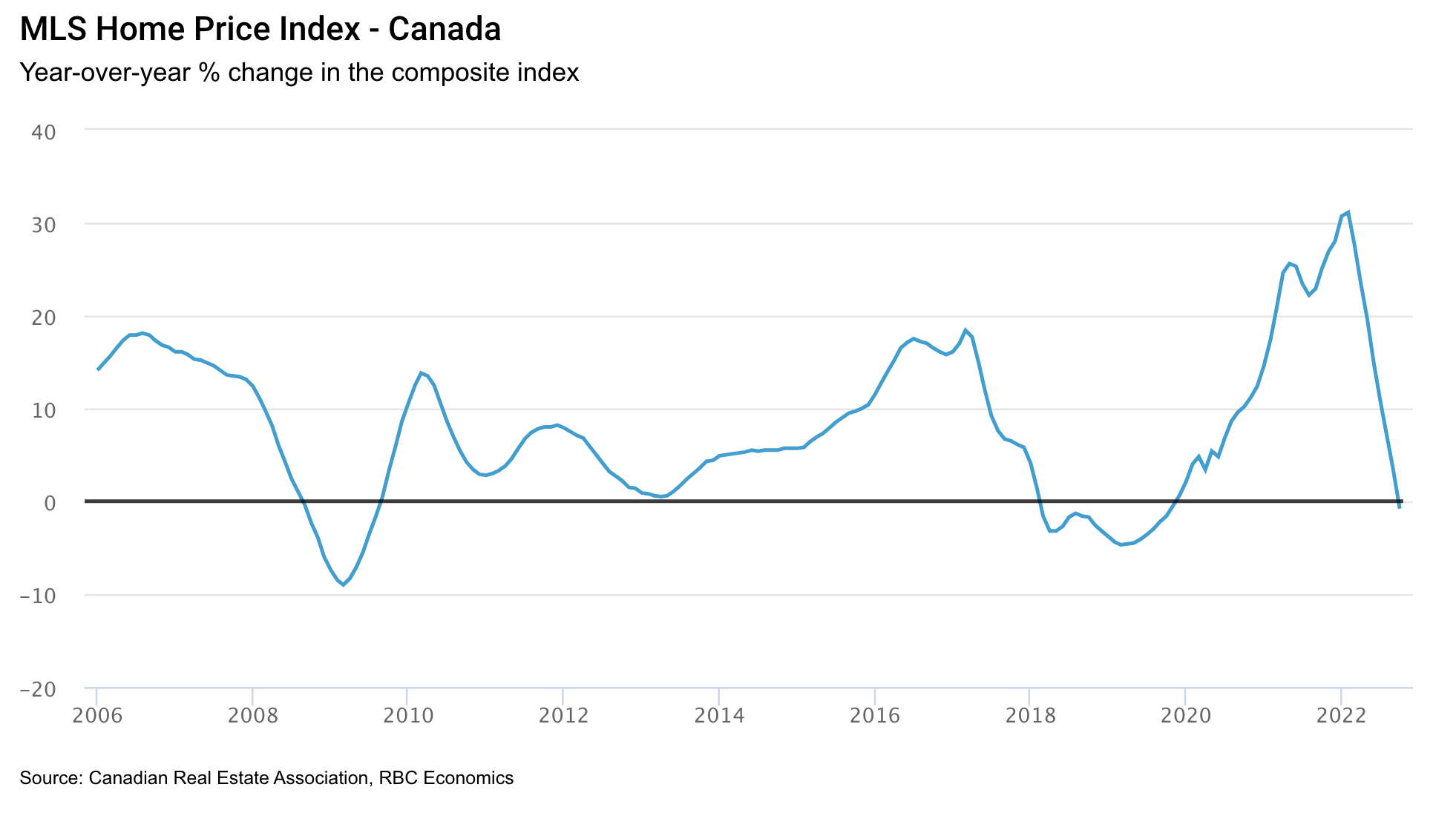 Calgary: the exception to the rule

There are very few markets bucking the general weakening trend. Calgary is one of them. While activity is down from sky-high levels at the start of this year, it’s still far above pre-pandemic levels. And prices are holding up. The area’s MLS HPI has essentially been stationary since April. We expect this to continue as demand-supply conditions are among the tightest in Canada.

The market downturn may be in a late stage but it doesn’t mean things are about to heat up again. We expect high— and still-rising—interest rates will continue to challenge buyers for some time. This will keep activity quiet for a while longer even if it stabilizes near current levels. We think benchmark prices will keep trending lower until spring.