We are available to help with the purchase and sale of your Vancouver presale condo assignments.

From colourful downtown neighbourhoods, to culturally diverse suburbs and mountainside districts, there’s plenty to explore!  Vancouver is consistently rated as one of the top cities in the world to live. The combination of economic opportunity and the beautiful, natural environment draws people from around the world. These newcomers contribute to Vancouver’s diversity and livability.

Vancouver is also one of the most ethnically and linguistically diverse cities in Canada with 52 percent of the population speaking a first language other than English.

Vancouver has hosted many international conferences and events, including the 2010 Winter Olympics and 2010 Winter Paralympics.

Vancouver is made up of neighbourhoods and communities. Neighbourhood boundaries provide a way to break up the city’s large geographical area. Each delivering services and resources and to identify the distinct culture and character of different areas.  We refer to neighbourhoods as areas and we have divided the city into distinct areas. 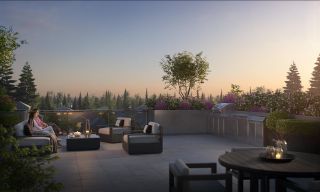 These statistics are generated based on the current listing's property type and located in Dunbar. Average values are derived using median calculations.
To access this information,
please create a free account
Get market change alerts

The data relating to real estate on this website comes in part from the MLS® Reciprocity program of either the Real Estate Board of Greater Vancouver (REBGV), the Fraser Valley Real Estate Board (FVREB) or the Chilliwack and District Real Estate Board (CADREB). Real estate listings held by participating real estate firms are marked with the MLS® logo and detailed information about the listing includes the name of the listing agent. This representation is based in whole or part on data generated by either the REBGV, the FVREB or the CADREB which assumes no responsibility for its accuracy. The materials contained on this page may not be reproduced without the express written consent of either the REBGV, the FVREB or the CADREB.
powered by myRealPage.com